The store will not work correctly in the case when cookies are disabled.

The biggest, fastest, and most sophisticated 3D printer Markforged have ever built.

Skip to the end of the images gallery 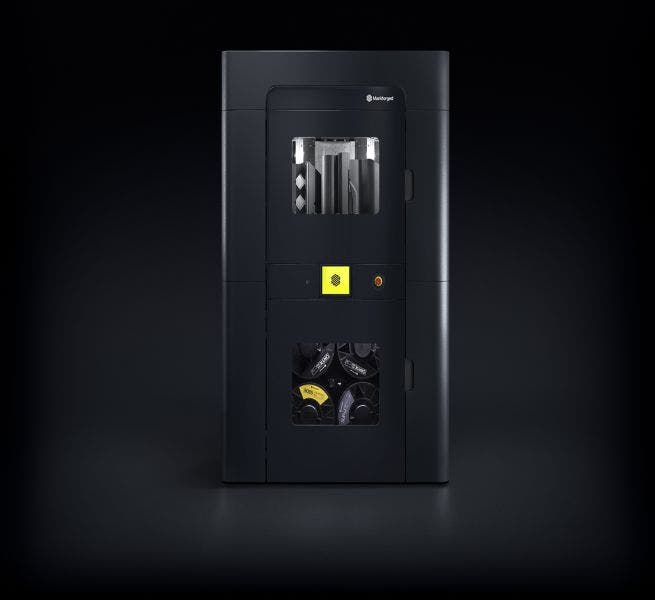 Skip to the beginning of the images gallery
Features

Introducing The Beast of Additive Manufacturing...

The Markforged FX20 is the biggest, fastest, and most sophisticated 3D printer Markforged have ever built. It brings the Digital Forge and Continuous Fibre Reinforcement to a new realm of parts, problems, and industries.

The FX20 pairs size and throughput to make larger builds at incredible speeds, delivering the transformational benefits of The Digital Forge at a new scale. At 4.7 times larger than the Markforged Industrial Series and three nozzles (two plastic, one fibre) you can see why it's been nicknamed 'The Beast'!

Functional Parts from Factory to Flight

Built for everything from performance tooling and fixtures to flight-ready production parts — the FX20 can reinforce ULTEM™ 9085 Filament with continuous carbon fibre. Which makes the FX20 ideal for industries such as aerospace, defence, automotive, and oil and gas.

The Markforged FX20 is the first printer in the Markforged family to print the new ULTEM TM9085 Filament material. The material is characterised by its high resistance to heat and chemicals and also has the highest tensile and flexural strength. In addition, the conventional materials such as Onyx, Onyx FR, Onyx ESD, Nylon White, Aramid Fiber (Kevlar), HSHT Fiberglass, Fiberglass and a support material for ULTEM TM 9085 Filament the ULTEM TM Support can be printed.

The FX20 is remarkably easy to use. It features a 7 inch touchscreen from which users can control every aspect of the printer. Automated calibration and leveling reduces operator input, while a wide variety of sensors give live feedback on machine performance. A material bay contains two active XL spools and can store two more with precise moisture control.

Quite simply put - The FX20 is the largest and most precise machine Markforged has ever produced.

The “ULTEM™ and 9085 trademarks are used under license from SABIC, its affiliates or subsidiaries.

Specifications
Reviews
Write Your Own Review
Only registered users can write reviews. Please Sign in or create an account
Whats in the box?
Downloads
Why Use Additive X?

Here are some companies that have chosen to use Additive-X as their trusted supplier for additive manufacturing technology,